Workers’ Compensation Fraud and the Myths 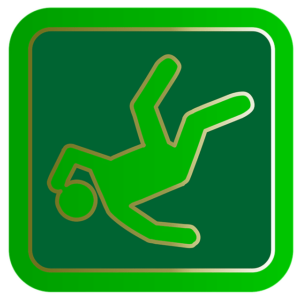 Before workers’ compensation, workers only route to compensation for injuries sustained on the job was either (1) negotiating with their employer or (2) filing a lawsuit for negligence or some other tort. Both options resulted in protracted litigation and negotiations to the detriment of the worker (and employer).

The problem was twofold because:

In response some states based workers’ compensation reform. Workers’ compensation was a compromise between labor and companies. Workers surrendered the right to pursue tort damages and to accept compensation only to pay for their medical expenses and lost wages. In exchange, companies agreed to accept liability and quickly pay compensation. The resulting system saved money for companies while speeding up replacement income for workers, everyone wins.

However, those reforms were passed over 100 years ago. The modern workers’ compensation system is plagued by inefficiencies, insurance companies with perverse profit incentives, companies that improperly classify workers to get lower rates, and reformers who misunderstand the issues.

The media likes easy stories with easy antagonists. However, reality is much more complicated than what Dateline distilled in a single one-hour long segment. In the particular segment that is a microcosm of the greater misrepresentations, a Dateline interviewer speaks to a man who is allegedly collecting workers’ compensation for an injury while he is “hauling bales of hay.” The implicit message in the visual is that he is cheating the system.
While this particular individual may be a scammer, his actions should not be imputed to the entire workers’ compensation system. Indeed, Dateline takes this single incidence and uses it to imply that the worker is taking money out of the viewers’ pockets and it is due to a corrupt system.

Critiques in the Portrayal

In turn, the insurance company may or may not raise rates on its policyholders (other companies). The rise in the rates could be passed onto the consumer in the form of higher prices for goods and services or lower wages for workers – but the company may take the costs out of its profits. However, by this point, the fraud is so diluted that it cannot be said to take money directly from people.

Moreover, the Dateline special does not do anything to put the fraud in context. Numerous studies have found that workers’ compensation fraud rarely exceeds one to two percent of all claims. The Dateline special portrayed fraud as overwhelming the system when in reality it is very rare.

Additionally, the Dateline study cited a report which claimed that $5 billion is lost to fraud every year. However, a report commissioned by the AFL-CIO criticized the assumptions in the study which relied on impressions or attitudes – not actual fraud levels. A study published in 2000 found that the price of fraud is actually $1.2 billion. While $1.2 billion is a substantial sum, it is only about two percent of the entire workers’ compensation system.
Finally, the Dateline special does not address fraud perpetrated by companies, such as misclassifying workers, under-reporting payroll, and other actions that deprive workers of their protection.