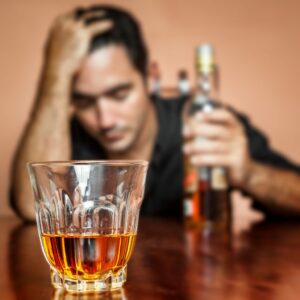 Drunk drivers have been causing devastating accidents since the invention of the motor vehicle. In 1990, over half of all traffic fatalities were caused or contributed to by alcohol. While that rate has significantly decreased over the years, a third of all traffic deaths are still caused by those who choose to drink and drive. A drunk driving accidents in Illinois lawyer knows that more needs to be done to quickly and effectively decrease these fatality rates. Recent alcohol detecting technology currently under development may be the solution that thousands of victims of drunk driving accidents have hoped to see for many years.

Researchers at a Boston corporation have been working on detection technologies that could prevent motorists from being able to start their vehicles if they are inebriated. Using funding from the federal government and the nation’s 16 major auto makers, the research firm is developing the Driver Alcohol Detection System for Safety, or the DADSS project.

The project is focusing on two potentially life-changing technologies. One, which is breath-based, uses a sensor that is mounted near the steering wheel that has the ability to quickly and accurately assess whether or not a driver is above or below the legal limit of 0.08. If a motorist is above the limit, the device prevents the driver from starting the vehicle.

The other technology that the team is developing is similar to the first but is touch-based. Motorists would simply touch a start button that would determine the driver’s blood alcohol content level using an infrared light. Sensors would also be in place to prevent anyone other than the driver from using the button to start the vehicle.

Neither technologies would be bothersome or inconvenient for drivers. For this reason, researchers believe that many people will opt to have these features included in their new-vehicle purchases to prevent their involvement in a DUI-related collision.

Alcohol-related fatalities caused 10,076 deaths in the U.S. in 2013. This represents 30.7 percent of all traffic deaths. An additional 290,000 people sustained an injury in DUI accidents that year. Three hundred and twenty-two of these fatalities occurred in Illinois alone, a statistic which would not surprise a drunk driving accidents in Illinois lawyer. The lead researcher on the project estimates that 7,000 of the yearly 10,000 alcohol-related deaths seen across the nation could be prevented if this technology was properly implemented.

Those who have lost loved ones or been injured due to the negligent acts of a drunk driver should contact a drunk driving accidents in Illinois lawyer for assistance with their claim. With an attorney’s help, accident victims may be able to receive the damages that they need to rebuild their lives.