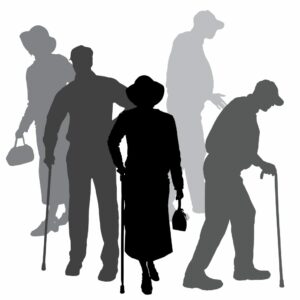 Placing a loved one in the care of the trained staff at a nursing home has long been a difficult choice for many Illinois families to make. This is largely due to the vast amount of negative news often heard about nursing homes and other care facilities all over the nation.

According to the National Committee for the Prevention of Elder Abuse, psychological abuse occurs when someone willfully inflicts mental or emotional anguish on another person by threatening them, humiliating them, or through another form of verbal or nonverbal conduct. Abusers may use any of the following common delivery methods:

Treating someone as if they were incompetent, or as if they had the understanding of a small child or infant is also considered psychological abuse.

Unfortunately, A Chicago nursing home abuse attorney often sees many care home residents who show signs of abuse. Many reports indicate that the problem continues to escalate each year. The American Public Health Association reports that roughly 2.5 million elderly Americans are psychologically abused each year. According to the National Center on Elder Abuse, emotional abuse is the most common form of abuse and occurs in over half of all reported cases. In 2010 alone, the center studied nearly 450,000 cases where elderly patients were allegedly psychologically mistreated. Unfortunately, the majority of these victims do not seek or receive help.

Why emotional abuse is easily missed

With so many known cases of abuse, it is shocking to understand that psychological abuse is often missed entirely. This may occur because families and friends of victims may not know what to look for when watching for signs of abuse. In many cases, patients are too embarrassed to speak up or too afraid of their abusers to attempt to end the abuse.
Some individuals may be unaware that they are even being abused due to differing cultural norms. This is especially true of cultures that diminish the role of the elderly and those who do not honor the rights of women. These factors make it more likely for a victim to choose not to report their abuser, allowing the abuse to continue indefinitely and without consequence.

The NCEA reports that elderly patients who are isolated or who lack an emotional and social support network, such as strong familial relationships and friends, are highly vulnerable to psychological abuse. Those with long term conditions, such as paralysis, stroke, dementia and diabetes may also be more likely to be abused. Additionally, those who have difficulty getting along with others report higher levels of psychological abuse. The NCEA further reports that most victims of emotional abuse are Caucasian women.

Why the elderly are often targeted

There is no clear explanation of why elder abuse occurs, although there may be many contributing factors. Elderly patients in care homes are often targeted for abuse because of their inability to communicate. In one disturbing case, The Telegraph reports that an Alton, Illinois, woman was intimidated, bruised and left in her own filth while in the care of a nursing home. According to the 93-year-old patient’s daughter, two certified nursing assistants learned that the family complained about their behavior and began psychologically and physically abusing the woman. Charges have yet to be filed in the matter and the investigation is ongoing.

Worker training also has a significant impact on levels of abuse. The vast majority of workers who are hired to care for the elderly patients in homes are not properly trained to handle the pressures of the job, which often only pays minimum wage. As simple nurses aids, most have undergone very little training except while at work, and many others may have no training at all prior to being hired. This lack of training significantly impacts workers’ ability to handle the pressures of dealing with patients, especially those who may have medical conditions like dementia and Alzheimer’s. The workers then take their frustrations out on their patients.

Signs to look for

Families of nursing home residents should always be vigilant in ensuring that their loved ones are properly cared for while under outside care. When abuse begins, victims may begin to display some of the following behaviors:

Family members should look for these behaviors to determine whether or not caregivers are being abusive. If there is any chance that a loved one is being mistreated, immediately take action to remove them from the situation and notify the authorities to begin a formal investigation.

No one should have to live in a psychologically abuse situation. Those who have been abused or whose loved ones have been victims of abuse should contact a Chicago nursing home abuse attorney to discuss their matter. With an attorney’s help, victims of abuse can find the help they need, the closure they desire, and the compensation that can help them move on with their lives.