Illinois Meatpacking Jobs Cost Workers an Arm and a Leg 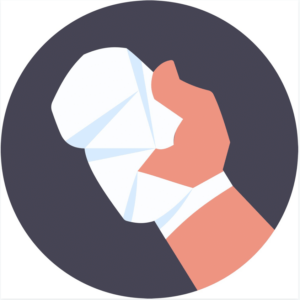 Currently, at least 17 injuries a month occur in meat packing plants that require amputations, loss of an eye or hospitalization. These numbers are expected to rise as speed restrictions have been lifted. Why? Because the government’s reasoning that employers will adhere to strict rules for food safety will allow for setting limits speeds, which is not always likely. Meanwhile, the government and meat packing industry save money while workers are seriously injured.

During a 31-month period between 2015 and 2017, there were 270 reported incidents involving amputations of hands, fingers, arms, and toes within 22 states. This means there is a potential for a higher number of injuries that go unreported. Reported injuries included:

Despite increased OSHA oversight, Illinois meatpacking workers are three times more likely to experience a serious injury, including losing an arm or leg than most other workers. OSHA records show that two amputations occur each week in U.S. meat plants that result in lifelong disfigurement and permanent disability. While there has been a decrease in worker injury rates, the number of serious injuries to workers in the meat industry are still higher than in other industries.

Pork industry line workers will soon be at higher risk of injury with the implementation of the USDA’s New Swine Slaughter Inspection System (NSIS) throughout the industry. By removing the speed caps from processing lines, THE USDA is expected to save six million dollars a year. Increased line speeds increase the risk of injury not just for heinous injuries, such as amputations. Workers are at higher risk for repetitive motion injuries from working on sped up lines. This puts them at risk for debilitating musculoskeletal injuries that can also have lifelong consequences.