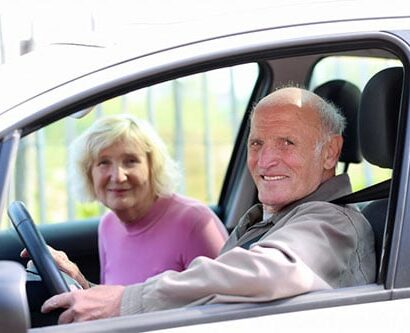 In early June, Illinois law enforcement responded to a single-car accident. According to the Chicago Tribune, a 73-year-old man was driving the vehicle when it left the road and slammed into a tree. Both the man and his 72-year-old wife, who was in the passenger seat, died as a result of the accident. Investigators are still working to determine what happened.
As any Chicago accident attorney would know, there are certain factors that put elderly drivers at an increased risk of a car accident. The Insurance Information Institute reports that crash rates and fatalities begin increasing once drivers reach 70 years old. Experts note that understanding the laws and the behaviors that lead to these incidents is imperative to reducing the crash rate and resulting injuries and fatalities.

Under Illinois laws, drivers who are 75 or older must renew their licenses through taking vision, written and driving tests. Further, people who are 81 to 86 years old will have to renew every two years, and 87-year-olds and older have to renew every year. It is possible that there will be restrictions placed on a license, such as an older driver who is required to wear glasses or other vision aids while behind the wheel.

These laws are in place because of the link between elderly drivers and car accidents. The following behaviors explain in part why this occurs:

The National Highway Traffic Safety Administration conducted a lengthy study that reviewed how certain age-related functions took a toll on a driver’s performance. One of the most critical errors researchers found was that older drivers have difficulty visually spotting any potential hazards in the road. For example, the elderly may not be able to spot potholes, bumps and even pedestrians as easily as their younger counterparts.

The aging process clearly takes a toll on people’s vision. Researchers reported that a deficit in acuity explains the visual impairment problem. One suggestion for an effective countermeasure includes cataract surgery and refractive correction, or wearing glasses with an updated prescription.

Another key finding indicates that the elderly are more likely to have trouble using current traffic information to determine if a future conflict could arise. A senior may not recognize that a change in a traffic pattern, such as slowing vehicles, could mean there is a hazard ahead. Another example would be that the driver does not realize that a traffic light is out, which would call for increased caution.

The scientists behind the study suggested that seniors should to the following to mitigate this risk:

The researchers also pointed out that optometrists should review a patient’s contrast sensitivity ability, which plays a role in detecting visual cues in traffic.

The National Institutes of Health also points out that elderly drivers have slowed reaction times. The ability to act fairly quickly is important not only in accident-related driving but also in everyday driving. Road signs that warn of an approaching exit, for example, require a senior driver to read, process the information and act accordingly. As people age, their ability to do those tasks starts to decline.

This occurs because as people age, there is a part of the brain known as the corpus callosum that starts to break down. This permits the two hemispheres of the brain to engage in “cross-talk,” or exchanging excessive information. A study from the University of Michigan found that those brain connections can result in confusion and a slower response time.

NHTSA researchers report that the elderly were found to lack an understanding of road safety rules, both in laws that govern driving as well as common safe driving practices. This can happen due to memory loss issues, which are prevalent among the elderly. Any Chicago accident attorney would acknowledge that it has likely been years, even decades, since they last took a driving course.

While one way to combat this issue is to make sure that seniors plan any trips before getting behind the wheel, the study concluded that driver education was the most effective countermeasure. Part of that education, researchers stated, should include classroom learning, hands-on training and learning about driving aids.

The National Institutes of Medicine notes that the elderly are more likely to experience chronic conditions, many of which require medications. The drugs themselves and even the illnesses can impair driving. The Institutes report that diabetic drivers are at a 1.5 times higher risk of getting into an accident for which they are responsible. Further, many medications used to treat illnesses such as heart conditions or asthma have unintended side effects, such as drowsiness.

There are several ways that elderly drivers can remain safe on the road. For example, the state offers education and training classes that are catered to older people who wish to hone their skills.

Also, it is possible for someone to request an unsafe driver inspection, though in Illinois, the Secretary of State only takes this information from a member of law enforcement. Additionally, physicians are asked to encourage patients themselves to alert the Secretary of State about any medical condition that could affect their driving. The law requires that this must be done within 10 days of learning about the condition.
Anyone who is involved in a car accident and wishes to seek damages should consult with a Chicago accident attorney.