The Dangers Faced By Bike Messengers in Chicago 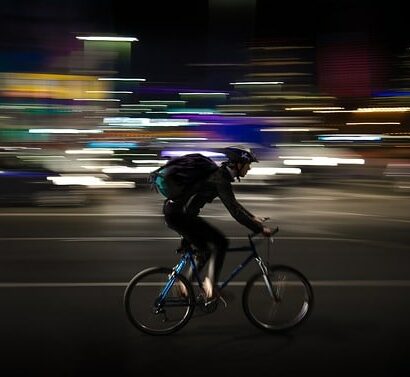 Bike messengers are a common sight on the urban streets of Chicago. Riding at high speeds through the city, these road warriors make deliveries for major companies every day in all types of weather. Dressed in brightly colored spandex suits and aerodynamic helmets, bike messengers often ride between 200 and 500 miles each week. Although most messengers are in their twenties, some are over 50 and working long hours while riding through urban traffic every day.

Chicago bike messengers have a dangerous job that subjects them to potential injuries from collisions, car accidents, negligent drivers, and road rage on a daily basis. Because most messengers are paid by the delivery, they travel at high speeds to make more money. With the combination of fast riding speeds and thousands of cars, bike messengers often get hit by motorists who are trying to park, making turns, and simply not paying attention to their surroundings. Cars and cyclists commonly battle for the right of way on busy Chicago streets.

A Chicago work injury lawyer commonly sees bike messengers who have been seriously injured by sudden collisions and even incidences of road rage. In Chicago, a bike messenger was recently killed by an irate driver who repeatedly rammed his car into the cyclist from behind. Many motorists get angry when messengers get in their way. Some drivers yell profanities from their cars, tail messengers for several blocks, and confront them when they come to a stop. Drivers who can’t control their anger resort to road rage behaviors like hitting the bicycle with their car or in some cases, hitting the messenger.

In addition to dangers caused by drivers, bike messengers face dangers of road conditions. When riding at such high speeds, messengers commonly miss stop signs and red lights and ignore hand signals. When roads are slick from rain, snow or ice, full of potholes, or damaged without city repairs, bike messengers often take nasty spills when cutting through traffic and making quick turns.

According to the National Institutes of Health, urban bicycle couriers have a high incidence of on-the-job injuries. Studies show that 70% of working bike messengers have suffered at least one injury resulting in days lost from work and/or visits to a hospital or health-care professional. Common injuries seen in bike messengers include:

Studies show that at least 66% of injuries to bike messengers are caused by collisions with motorists and pedestrians. Collisions commonly result in sudden falls that cause serious injuries due to the high speeds of bike messengers.

Since most messengers work as independent contractors rather than employees, injuries are not regularly documented, so recovering damages for injuries can be difficult. According to the International Federation of Bike Messenger Association (IFBMA), only 32% of bike messenger have health insurance, which means that the majority of messengers may never seek medical attention or recover damages for their injuries.

Workers’ compensation through a work injury lawyer is not available to individuals who work as independent contractors. Since most bike messengers work as independent contractors, rather than employees, they are not entitled to receive workers’ compensation benefits from employers. However, they can still pursue personal injury claims when on-the-job injuries occur. Personal injury claims can allow bike messengers to collect damages for physical injuries, lost wages, and pain and suffering.

Bicycle injuries are on the rise around the country, especially in urban cities like Chicago. According to a Business Insider report, the number of people injured in bicycle accidents in the U.S. has risen significantly, and the costs associated with injuries have also been steadily rising. Between 1997 and 2013, there were over three million non-fatal injuries that cost over $200 billion in medical treatments, and approximately 10,000 fatalities that totaled $28 billion in medical costs.

Bicycle messengers are an integral part of most urban business centers in large cities, including Chicago. By taking shortcuts that are unavailable to cars, bike messengers can bypass slow moving traffic and provide fast, affordable delivery services that allow businesses to operate more efficiently. Many Chicago law firms, ad agencies, and city government departments use the services of bike messengers on a daily basis. To prevent injuries, the city of Chicago and the International Federation of Bike Messenger Association are working together to promote increased safety measures for Chicago bike messengers who play a vital role in city life