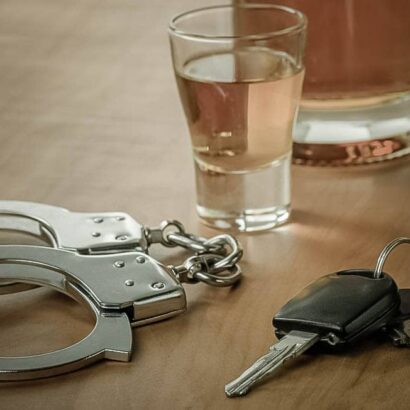 In Illinois, Dram Shop laws hold all establishments that serve alcohol to customers accountable for their actions. If an intoxicated customer causes damage or injury to another person after consuming alcohol at an establishment, the intoxicated person, as well as the establishment that served the alcohol can be held legally liable for damages.

Dram shop laws have been around since the 18th Century. The term “dram shop law” is derived from the 18th century British way of measuring alcohol, which was called a “dram.” Dram shops referred to pubs, taverns, bars, and other types of establishments that served drams of alcohol. Today, dram shop laws and regulations apply to all types of businesses that sell or serve alcohol to customers. This includes bars and nightclubs, pubs, taverns, restaurants, liquor stores, and stadium vendors.

In the United States, there are currently 43 states that have adopted some form of draw shop laws and regulations, but exact laws and liabilities usually vary from state to state. Individual states have adopted wide-ranging views on how to handle the problem of drunk driving accidents. Depending on individual state regulations and liability laws, some states allow harsher penalties than other states.

Dram shop laws enable third-party victims of drunk drivers to file civil lawsuits against the establishment, bartender, the wait staff, or the store clerk that sold alcohol to an intoxicated person or an underage minor. Third-party victims may also file lawsuits against the intoxicated individual, possibly receiving damages from the individual, as well as the commercial establishment.

In Illinois, the state takes a unique approach to dram shop cases. The Illinois Liquor Control Commission oversees compliance issues and violations with establishments and bars that serve alcohol. In the state of Illinois, the Dram Shop Act, or Liquor Control Act, holds all establishments that serve alcohol to customers accountable for their actions. Establishments, as well as individuals who serve customers alcohol, are liable for their actions.

Under Illinois General Statutes, any person injured by a drunk driver can file an injury claim or lawsuit with a Chicago car accident lawyer against the establishment as well as the alcohol vendor that served that driver. The injury victim is entitled to recover damages for his/her medical costs, lost wages, property damage, and other expenses related to the injury.

In Illinois, the state does not require the vendor who served the intoxicated driver to have known that the individual was intoxicated. To hold the vendor liable for damages, it is enough that the vendor simply supplied the alcohol and the driver was driving while intoxicated. This makes dram shop laws in Illinois much more favorable for plaintiffs who choose to file personal injury civil lawsuits against drunk drivers for damages.

A “first party” dram shop case exists when the injured plaintiff is the person who was sold alcoholic beverages. Typically, first-party cases are more difficult to win in court because juries tend to think that people should be responsible for their own actions. For instance, if a person gets drunk at a bar, drives away in a car, and gets into a car accident, it will likely be difficult to convince a jury that the bar is at fault, rather than the driver. However, there is one exception to this rule – first-party dram shop cases that involve minors. If an underage minor is served alcohol at an establishment, gets drunk, then drives a car, a jury will likely hold the establishment legally liable for any damages and injuries.

In most states, there is no criminal liability when a person who is visibly intoxicated only injures himself or herself after leaving an establishment that serves liquor. For instance, if a person is drinking in a bar, becomes intoxicated, leaves the bar, then falls into a parked car, or drives into a guard rail, that person can’t sue the bar owner for damages. Typically, in a first-party dram shop case, the plaintiff has to prove that the establishment acted recklessly to win the case.

A “third-party” dram shop case exists when the injured person is someone other than the intoxicated person. When an adult individual gets intoxicated at an establishment, drives away in a car, and causes a car accident, this constitutes a third-party dram shop case. The bar, as well as any parties who served alcohol, can be held liable for property damages, personal injuries, and related expenses.

Generally, a plaintiff in a third-party dram shop case must only show proof that the establishment or vendor serving the alcohol to the defendant was negligent. Proof of negligence usually comes down to proving that the bartenders, servers, or wait staff continued to serve the defendant alcohol even though they knew or reasonably should have known the defendant was intoxicated.

Some states allow for enhanced damages if the plaintiff can show the defendant’s actions were reckless since reckless actions are more “unreasonable” than negligent actions. A reckless action occurs when a person knows or should know that his or her action is likely to be unsafe and possibly cause harm, but he or she follows through with the action anyway.

In Illinois, there are special provisions in the Dram Shop Act or Liquor Control Act that allows state laws to apply across state lines. However, these laws are only enforced when the neighboring state has similar dram shop laws.

Under the Liquor Control Act, the state of Illinois Office of Comptroller determines yearly liability limits for Dram Shop laws. For 2022, liquor liability laws in Illinois include the following limits:

Final Judgments and/or Settlements after January 20, 2022

Typically, dram shop laws include social host liability. This means if a person is attending a private party at someone’s home or on private property and becomes intoxicated, the social host can be held liable for any damages or injuries caused by the drunk person.

In Illinois, social hosts are immune from dram shop laws. However, there is limited social host liability if the intoxicated person is under the legal drinking age of 21. When a person is a minor, under the age of 21 and becomes intoxicated at a private party or event, the host of that party or event can be held liable for any property damages and injuries that occur.

Generally, any type of social gathering can provide the necessary ingredients for a dram shop case. This may involve private gatherings in a home, corporate events, office parties, holiday events, graduation parties, and more. For corporate events, the court usually looks to see whether an intoxicated employee was attending the event within the scope of his or her employment duties. For private events, the court considers the responsibilities of the host, and if the person served alcohol to an underage minor who was unaware of drunk driving dangers.

Can a bar be held liable for a drunk driver? When filing a claim or civil lawsuit with a Chicago car accident attorney, there are four specific elements that must be proven in court:

In dram shop cases, dram shop laws identify certain types of evidence when addressing can a bar be held liable for a drunk driver? Certain evidence is particularly significant in determining an establishment or bar’s liability. Some dram shop laws state that the bar’s actions are considered negligent if the following occurs:

Dram shop laws may also refer to evidence that proves the bar is not negligent. For instance, the bar may promote non-alcoholic beverages, encourage customers to appoint designated drivers or take a taxi or ride service home, and send bar servers to approved server education courses.

Businesses are required to train employees on how to identify and not serve or sell alcohol to visibly intoxicated individuals or minors. Proper training shows how to recognize an intoxicated individual by signs of bloodshot eyes; slow or slurred speech patterns; loss of balance and/or coordination skills;  and exhibition of emotional, obnoxious, and aggressive behaviors. Many state laws require establishments that serve alcohol to post a notice stating they do not sell alcohol to observably intoxicated patrons.

For dram shop injury claims, some states have shorter statutes of limitation time frames than for general personal injury claims. Some states have mandatory notice requirements that can be as short as 60 days. This means that the injured party who intends to file a dram shop claim against the bar must give formal written notice to the bar within 60 days of the accident.

In Illinois, the statute of limitations to file a personal injury lawsuit in court is two years from the accident date. To avoid problems, it’s best to discuss a dram shop case with a Chicago attorney who can ensure that the timeline statute of limitations is applicable to the dram shop case. Missing the legal timeline can result in the court denying to hear the case and no award for injury damages. 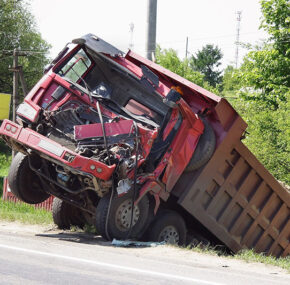 When designated drivers drink too much 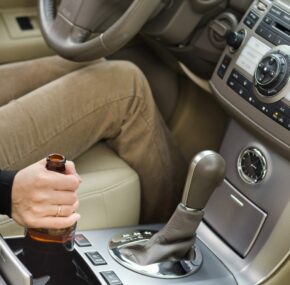