The Most Common Causes of Automobile Accidents 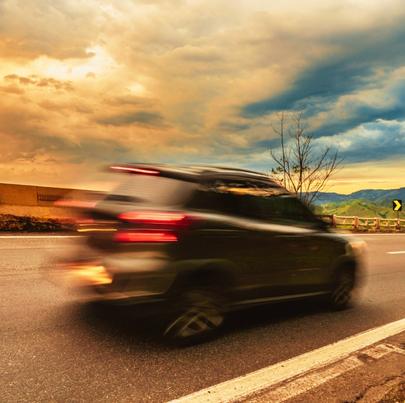 America’s roads are getting more dangerous and in 2015, 35,092 people were killed in automobile accidents. This was a 7% increase from 2014. The high number of fatalities made 2015 the deadliest year in the past 10 years and the fastest increase in more than 50 years.

In just the first half of 2015, nearly 2.3 million drivers, passengers, and pedestrians sustained serious injuries requiring medical treatment. Many of the causes of these accidents are 100% preventable and are the result of dangerous driver behaviors.

In 2015, 9,557 lives were lost in speed-related crashes. Excessive speed was a contributing factor in 28% of fatal car accidents. 36% of people who died between the ages of 16 and 20 were speeding at the time of the crash.

Drinking and driving claimed 10,265 lives in 2015. Alcohol-impaired crashes account for 29% of all fatal accidents. However, only 41% of drivers who had been drinking had BAC limits above 0.08% which is the legal limit across the country. It is estimated that there are more than 121 million episodes of drunk driving in the United States each year.

Moreover, as more states have legalized both medical and recreational marijuana, so too have the number of marijuana-related crashes. It is estimated that drivers who have consumed marijuana are 25% more likely to be involved in a crash causing serious injuries or fatalities. Prior to legalization, only 8.3% of drivers involved in fatal crashes had THC in their bloodstream; following legalization, that number has risen to 17%.

Red light runners claimed 900 lives in 2015 and injured a further 2,000 motorists and pedestrians. In fact, nearly half of people who are injured or killed by people running red lights are pedestrians.

Even more, motorists run stop signs and it is estimated that it is a factor in up 700,000 accidents. It is a factor in 40% of all crashes that stems from common accident-causing behaviors including speeding, reckless driving, distracted driving, and driving while under the influence of alcohol or narcotics.

Individuals who are fatigued and have been awake for more than 17 hours have a reaction time that is similar to individuals with a BAC content of 0.05%.

The most common causes of distracted driving include:

While many states including Illinois have banned cell phone usage while driving, the statistics show that such laws will have limited effect in preventing fatal accidents caused by distracted driving.

Road rage continues to claim lives even as states step up enforcement of aggressive driving behaviors. AAA estimates that roughly 50% of fatality accidents involve aggressive driving behaviors. These behaviors include failing to yield, speeding, erratic lane changes, driving too fast for conditions, and deliberately failing to obey posted traffic signs. In addition to the criminal penalties aggressive drivers face, Chicago auto accident lawyer can help injured parties or surviving family members pursue damages for the pain and suffering, loss of income, loss of companionship, and loss of quality of life an aggressive driver may cause.

Poor street design and lack of signage is particularly deadly for pedestrians and cyclists. In 2014, 4,884 pedestrians were killed in automobile crashes and 65,000 were injured. A further 726 cyclists were killed and 48,000 were injured. Of these, 7% are between the ages of 5 and 15 years old with most accidents occurring in urban areas. In fact, Illinois is the 5th deadliest state in America for cyclists of all ages.

A study conducted by the Association of Landscape Architects showed that the construction of sidewalks, barriers, and bike lanes coupled with the placement of improved lighting could prevent the majority of these accidents. 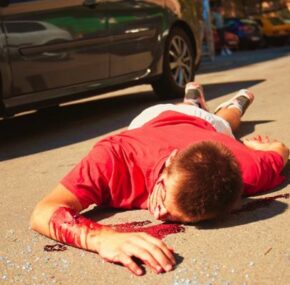