The Most Dangerous Bridges in Illinois 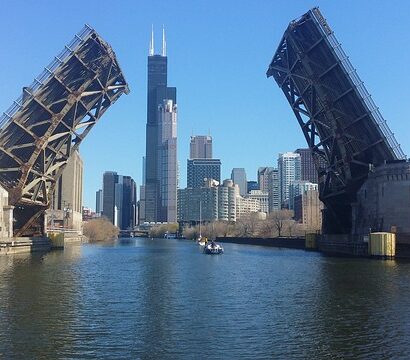 A recent CBS 2 News investigation pointed out two busy bridges that are in dire need of repairs and dangerous for drivers. The Lake Shore Drive Bridge and the Des Plaines River bridge on I-80 were listed in the investigative report.

In 2017, the Lake Shore Bridge passed inspection by the Chicago Department of Transportation, however, in a recent inspection, reports noted minor cracks and structural deterioration. A state inspector stated that damage was likely caused by a shift in column support. An Illinois civil engineer who examined the problems with the bridge called drivers who were traveling over the bridge “lucky” to have escaped accidents and injuries.

State inspectors who examined the Des Plaines River Bridge for safety reported the Joliet span to be in critical condition with damages serious enough to close the bridge. To warn drivers of dangers, the Operating Engineers Local 150 put up two billboards that drivers can see from both directions as they approach the bridge. The billboards read, “Cross Bridge at Your Own Risk” and “Bridge Ahead in Critical Condition.”

The Lake Shore Bridge and the Des Plaines River Bridge are the only two bridges noted in the CBS 2 report, but state officials warn that other bridges may also be structurally deficient and unsafe. Federal data shows there are 1,700 bridges in Cook County, and 1,200 have worse inspection reports than the Lake Shore Drive Bridge.

IDOT told CBS 2 they are working on short term structural maintenance for the bridges, but state funding for repairs and rebuilding are a problem. They explained that bridge repairs are funded by state gas tax which has not increased in 30 years. It has remained at 19 cents per gallon since 1990, despite greater fuel efficiency and inflation. IDOT officials plan to shell out 2.6 billion for Illinois bridge maintenance and improvements over the next six years. However, IDOT estimates they will need at least 10 billion dollars for all necessary repairs, leaving a 7.4 million underfunding shortage.

Dangerous Bridges Across the Country

According to the American Society of Civil Engineers, 1 out of every 11 U.S. bridges is structurally deficient, meaning that they need repairs and pose potential dangers of collapse. America has more than 600,000 bridges that connect highways and roads to cities and communities. Out of these 600,000 bridges, 56,000 are structurally deficient and need repairs. National transportation data shows that over 170 million drivers and pedestrians cross these deficient bridges every day, putting themselves at risk for serious injuries and fatalities.

Although federal funding for bridge repairs increased to $32.3 billion in 2016, it will take at least 30 years to repair over 1,200 miles of crumbling bridges in America. According to the American Road & Transportation Builders Association, who researched bridge safety in all 50 states, some states’ bridges are worse than others. The six states that topped the list for unsafe bridges include:

Other states that made the list include North Dakota, Oklahoma, Maine, Michigan, Mississippi, Louisiana, and New York. Many of America’s structurally deficient bridges are built over water which makes them even harder to repair and rebuild. The world-renown Golden State Bridge in San Francisco, California frequently encounters high winds up to 100 mph, as well as earthquakes. The Cape William Moore Bridge in Anchorage, Alaska is built over an active earthquake fault. The Seven Mile Bridge in Southern Florida spans seven miles of water while sitting 65 feet above the Gulf of Mexico.

In Illinois, there are many reports of car accidents, injuries, and deaths on bridges across the state. In February, a two-car collision on the Iron Bridge Road from Lake Springfield left a pickup truck dangling over the guardrail. The crash was blamed on ice that formed on the bridge overnight. In late November, one person was killed and three more were injured in a crash on the Julien Dubuque Bridge. The bridge was closed down for seven hours after the fatal crash.

Car crashes on bridges are usually related to driver errors, traffic violations, and vehicle malfunctions. Just one driver injury or death is too many, but a bridge collapse often results in multiple car crashes with hundreds of serious injuries and deaths.