Death by SUV (Pedestrians at Risk) 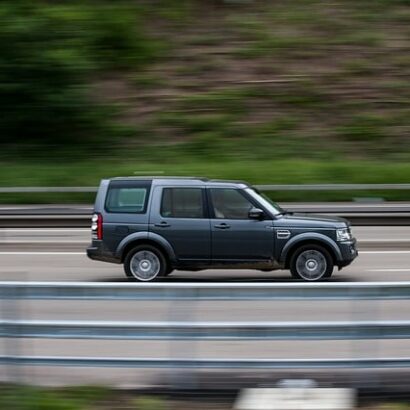 SUVs are Killing Pedestrians in America

According to the National Highway Traffic Safety Administration (NHTSA), pedestrians are dying at record numbers from getting struck by motor vehicles. The rise in pedestrian deaths in America far outpaces the number of traffic deaths. In 2016, approximately 5,987 pedestrians were killed by motor vehicles. A new study suggests that the increasing popularity of large SUVs could be a factor in the rising number of pedestrian fatalities.

Based on NHTSA records, there was an 81 percent increase in single-vehicle pedestrian deaths between 2009 and 2016 involving SUVs. The sale of popular model SUVs has surpassed the sale of the best selling passenger cars in America, with current SUV sales up 46 percent. The Insurance Institute for Highway Safety says that drivers like the design and style of larger SUVs because of higher front ends, more passenger seating, increased leg and headroom, and interior design features. SUVs are in such demand by drivers, Ford recently announced that the company is dropping most of its passenger car lines in the United States.

Although federal safety regulators have been aware of SUV dangers for years, they have done little to publicize their role in rising pedestrian fatalities. The federal government says that vehicle safety measures can save hundreds of pedestrians from death each year. They are available to automakers, but not required. A proposal by the federal government to factor pedestrians into vehicle safety ratings has stalled because of opposition from some U.S. automakers. The Alliance of Automobile Manufacturers, which represents the auto industry on policy issues, says crash avoidance systems and driver-assistance features provide a better way to improve pedestrian safety than the New Car Assessment Program proposed by NHTSA.

According to many accident studies, large urban cities have a higher rate of pedestrian fatalities than smaller, less populated cities. Rising pedestrian deaths seem to plague urban areas with high poverty rates, as well as areas with year-round warm weather like Arizona, California, Florida, and Nevada. Detroit has the highest rate of pedestrian deaths among larger urban cities. In 2016, approximately 25 percent of people who died in traffic-related accidents were pedestrians. Detroit is followed by Newark, N.J., Saint Louis, Baton Rouge, Miami, and San Bernardino, CA. Despite Detroit’s high ranking, the city saw a drop in pedestrian deaths in 2016, after installing 65,000 new streetlights throughout the city over a three-year period. Detroit also has a plan for a major thoroughfare on the city’s east side. They plan to reduce the number of traffic lanes from seven to five on East Jefferson Avenue, a multi-lane street that connects the city to the suburban Grosse Pointe communities. They also plan to improve crosswalk safety and add protected bicycle lanes.

Although Chicago does not rank as one of the urban cities with high pedestrian fatality rates, pedestrian deaths have risen over the last five years. According to the Department of Transportation, most of the deaths occurred in neighborhoods on the South and West sides. In 2017, Chicago had 46 pedestrian deaths, compared to 44 in 2016, and 27 in 2013. Recently, Chicago implemented a “Vision Zero” plan to eliminate serious vehicle injuries and fatalities. The plan includes more safety education for drivers and pedestrians, intersection and lane changes, and curb “bump-outs” to shorten walking distances across city streets.

The significant rise in pedestrian fatalities in the U.S. has caught the attention and prompted action by safety agencies and city planners who want to reduce fatality rates. They are doing studies on why so many pedestrians are dying at such high rates. They are working on ways to improve city infrastructures including more stop signs and traffic lights, better street lighting, crosswalk safety measures, and slower driving speeds within city limits.

Although there are other factors such as drugs and/or alcohol, excessive speed, distracted driving, and lack of attention to the road that play a role in pedestrian deaths, these factors don’t account for the steady increase in pedestrian fatalities over the last 10 years.