Food Poisoning Cases on the Rise 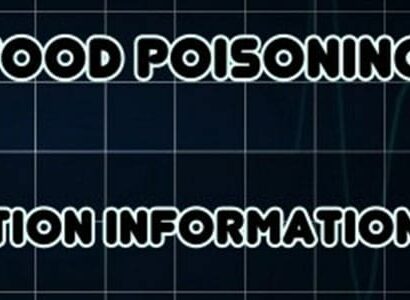 Food poisoning, or food-borne illness is on the rise around the world. Most people have experienced food-borne illness in some way, however, severe cases can lead to long-term illness and even death. According to the World Health Organization, hundreds of millions of people worldwide are getting sick from their food each year. In Illinois, food poisoning victims can file for compensation to cover injuries and suffering caused by food contaminants.

In the United States alone, foodborne contaminants are responsible for around 76 million illnesses, 325,000 hospitalizations and 5,000 deaths a year. In fact, it’s estimated that one in six Americans are affected by foodborne illnesses. High-profile cases account for just a fraction of the foodborne illnesses experienced by Americans annually.

Identifying the Symptoms of Food Poisoning

Those suffering from a foodborne illness may experience a range of symptoms, including:

High-risk groups include infants, older people, pregnant women and those suffering from chronic illnesses. Symptoms generally begin around six hours after consuming food, depending on the type of contamination.

Three specific pathogens, Salmonella, Listeria and Toxoplasma account for 1,500 deaths each year. Most of the remaining deaths are caused by unknown agents. Symptoms of foodborne illnesses include everything from mild gastroenteritis to life-threatening renal, neurologic and hepatic syndromes.

More than 200 known diseases are transmitted through food and illnesses include viruses, parasites, bacteria, toxins and prions.

The CDC publishes an annual summary of foodborne outbreaks and illnesses by food category and state. An outbreak of a foodborne disease is an occurrence of two or more cases of a similar illness resulting from eating a common food. An average of 3.3 foodborne diseases occur per 1 million population.

There are many practices that can lead to foodborne illnesses including:

It’s not always easy to identify the cause of a foodborne illness, especially when dealing with an isolated case. Contamination of food can happen during any process of its production, from harvesting to shipping to preparation.

In cases where many people have been affected by a food-related illness, a class-action lawsuit may be filed, and victims might have the opportunity to join this lawsuit at little or no cost.

Proving that a foodborne illness was caused by the negligence or wrongdoing of another is often a challenging prospect. A Chicago personal injury attorney can work with victims to establish a case and gather evidence from witnesses and experts.

An Illinois law, established in 2013 requires that restaurant workers and other designated “food handlers” receive specific food safety training. Food service establishments that provide in-house training are required to have their programs approved by the state in order for the training to be valid.
The Illinois Department of Health oversees programs that ensure that foods that are manufactured, processed, packaged or stored in the state are safe. Food processing plants and warehouses must be regularly inspected.

In order to prove that an illness was caused by food, it must be traced back to the contaminant and proven that it was this contaminant that caused the illness. If there is a time delay before symptoms arise, this can prove to be particularly tricky. If a government health agency has linked a certain food to an outbreak of food poisoning and it can be proved that this food was consumed, filing a case is considerably easier.

Most personal injury cases involving food poisoning are considered “product liability” cases. This means that a person was, basically, sold a defective product. In some cases, scientific testing is warranted, in order to prove that a contaminant was actually present in the food.

In restaurant cases, a case could be made for negligence or breach of warranty if a safe environment with safe food was not offered.

Is Your Rideshare Driver Shifting Gears Between Uber and Lyft? 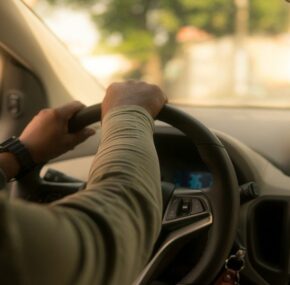