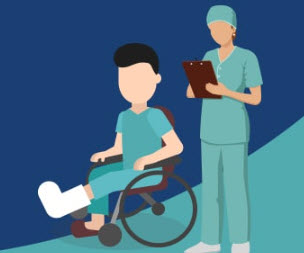 Working in a hospital should be the last place where Illinois employees have to worry about workplace injuries, yet an alarming number of nurses and hospital workers are experiencing career-ending injuries. Nurses and orderlies are often required to perform patient lifts and transfers. While hospital protocol is designed to ensure safety and help prevent injuries, existing guidelines do not address the new reality of healthcare. With an increasing number of patients weighing over 300 pounds, existing lifting recommendations do not sufficiently address heavier patients with unique lifting needs. To compound the problem, many hospitals seem reluctant to dedicate more staff to complete a lift or a transfer.

The problem is so serious that recent labor statistics show that nursing assistants are more prone to back injuries than any other occupation. In fact, healthcare workers experience devastating injuries at a rate 3 times higher than construction workers. Oftentimes, nurses are unable to return to work, which means that years of training and experience go to waste. This is bad news for patients who have the right to expect high-quality treatment, healthcare workers who need steady and secure employment, and hospitals who have to deal with higher turnover rates and worker’s compensation cases.

In truth, moving any patient is not without its dangers. There is only so much a worker can do to combat repetitive stress and avoid the mechanical laws of physics. Several factors are contributing to an increasing number of severe injuries among healthcare workers. Patients, on average, are heavier than in any other period in history and they also tend to be sicker. This means that they are less capable of providing assistance, which leaves more of the burden of lifting and transporting patients to workers. Even if the patient doesn’t have to be lifted, simply adjusting a limb can mean raising and lowering 60-70 pounds. In 2014 alone, over 35,000 healthcare workers were injured on the job.

Despite overwhelming evidence that nurses, orderlies, and nursing assistants are facing increasingly challenging physical demands that are resulting in injuries that require treatment, including surgery and disability time, the vast majority of hospitals have been slow to respond. In fact, some investigations have revealed a blatant effort to downplay the problem. Certain hospitals have implemented “patient care technicians” who are part of a team specifically trained to handle these problems. Comprehensive solutions also include investing in lifting machines that are designed to ease the burden on workers. Unfortunately, these efforts have produced mixed results.

Based on feedback from hospital workers, these efforts appeared to constitute a half-hearted attempt that was really meant to temporarily appease workers without actually offering a real, long-term solution. Workers reported that lift teams were often unavailable and lifting machines had a tendency to disappear when most needed. It didn’t take long before the technicians were reassigned and the lifting machines went into disrepair or were commandeered by other departments.

It wasn’t until recently that nurses took their complaints outside of the hospital and to the steps of their state legislative buildings. In 2012, California was the first state to require hospitals to do more to protect their workers from injuries. Since then, unions and healthcare worker advocates have been instrumental in getting nine additional states to pass similar laws. In those states, workers can now file formal complaints with state occupation groups instead of relying on the hospital to address their concerns. Providing employees with the option of a third-party mediator translates into greater protection for employees. Hospitals now have a legal obligation to provide resources that will help prevent injuries and may be penalized for failing to comply.

Unfortunately, not every state has similar laws in place. Nurses and healthcare workers are largely on their own when it comes to ensuring job safety and trying to hold facilities accountable. Some injured nurses choose to seek compensation, while others quietly retire because they are unable to keep up with the physical demands of their job. For this group of nurses, their lives are often marked with constant pain, surgeries, and the need for powerful painkillers to help get them through the day.

Some experts argue that this problem is largely overlooked because most of the employees who lift patients are at the bottom of the professional hierarchy. These highly trained and skilled employees are responsible for important, labor-intensive work yet they don’t enjoy the same benefits and protection as other workers in the same building. As healthcare becomes more vital to an increasingly sick population of Americans, society needs to look more closely at how healthcare workers are treated and compensated. 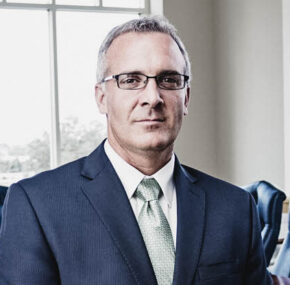 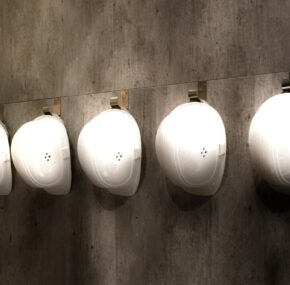