Ignition Interlock Laws: Are They Working? 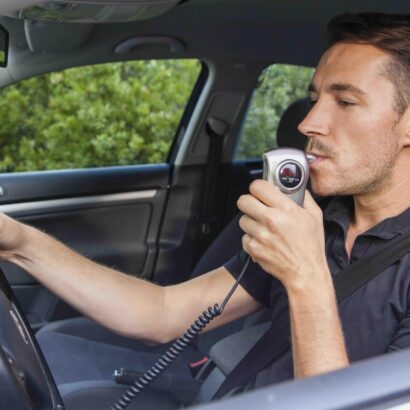 Reports show that Ignition Interlock Devices (IIDs) are an effective measure against drunk driving. IDs have reduced drunk driving accident fatalities by 16%, according to a survey by the Insurance Institute for Highway Safety.

The breathalyzer device is wired to the ignition of the vehicle. For a driver to start the car, he or she must blow into the device to measure the degree of alcohol intoxication. If the gadget detects a blood alcohol concentration (BAC) on a driver’s breath that is above a certain level, which is generally between 0.02% and 0.04% the vehicle doesn’t start.

Based on the new findings, IIDs have been effective. The laws requiring the use of IIDs have reportedly reduced initial DUI offenses and the count of repeated offenses. The obligatory ignition interlock laws that require each former DUI offender to use IIDs have been associated with a 16% drop in the number of fatal drunk driving car crashes. The IISH study also shows a sharp decline in fatal crashes happening among drivers with a blood-alcohol level of more than 0.15 since the laws came into effect.

Often courts order the installation of IID if an offender shows utter failure to drive sober. But the laws are a lot stricter in some states. In Illinois and 33 other states, all past DUI offenders (including first-time offenders) must use ignition interlock devices.

Further, these devices often alert law enforcement when an offender fails a breathalyzer test. This way, IID advocates suggest that the devices can help offenders get the treatment and support they need to turn over a new leaf.

Many of these devices are configured with voice recognition and/or cameras. Before blowing into these machines, an offender must give a voice command to activate the device, and a camera will record a video or take a snapshot as the driver blows. Therefore, the chances that a DUI offender can get a friend or family member to take the breathalyzer test for them are limited.

When heaping praise on the possible effectiveness of IIDs in reducing fatal crashes on the road, one must also consider the role of vehicle safety advancements. Today’s cars have electronic stability control and airbags. New safety features in cars, researchers say, have significantly contributed to the declining number of fatal DIU related car crashes.

Ignition interlock laws are either mandatory or discretionary. Mandatory laws stipulate that every convicted DUI offender must have the interlock devices installed in his or her vehicles. Researchers estimate that mandatory law is the most effective at deterring the rate of DUI related car crashes.

Discretionary laws give judges the power to decide whether to order an IID device for specific cases of drunk driving. In these cases, IIDs might be utilized for a part of the period in which the wrongdoer’s license would be suspended.  Discretionary ignition interlock laws are reportedly not as effective as mandatory laws.

An IID will likely be required for drivers who:

Offenders Pay for IID Installation and Other Fees

DUI offenders foot the bill for IID device costs, installation fees, insurance fees, and monitoring and calibration fees. One must have the ignition interlock installed by a state-endorsed installer and provide evidence of the installation to the courts.

If an offender decides not to install the device per the court order, he or she will not be able to drive legally. The offender can also choose to remove the device before the court-ordered time frame. Some may wait for the IID time to pass. None of these attempts can help an offender to circumvent the law. A person will only have a valid license reinstated after evidence of installation and use of the IID.