A soldier from Illinois perished when he was involved in a shuttle-bus crash in Washington state on Feb. 9. The 28-year-old private was riding in a 24-passenger bus when the driver lost control on an interstate near Tacoma, according to authorities. The accident occurred when the vehicle struck a concrete barrier and plowed into a light pole, careening out of control to strike another concrete barrier. Authorities say that the bus, which was carrying 10 passengers, was not equipped with seat belts. Authorities say that the bus had been assigned to pick up military members who were returning from a deployment in Afghanistan.

The soldier killed in the wreck had been a decorated service member, receiving the National Defense Service Medal, the Army Service Ribbon and several other awards. He entered the Army’s 7th Infantry division as a combat engineer in January 2013. The man completed his basic training in Missouri.

That 28-year-old man perished, and 34-year-old soldier also suffered serious injuries in the collision. That person is expected to recover from those injuries. Two other soldiers received minor injuries in the crash, and they were also treated at local hospitals.

An investigation has been launched into the matter. Authorities say that they have ruled out impairment as the cause of the crash; the 66-year-old driver appeared to have been sober while the vehicle was in operation. It is not clear exactly what caused the vehicle to lose control, as road conditions have also been eliminated as a factor.

The victims who suffered injury in such public transit accidents may be able to recover financial damages in connection with the wreck. Family members of those killed in these mass transit accidents may also be entitled to compensation. A qualified Chicago attorney may be able to help such victims learn more about their legal rights, including options for civil litigation. 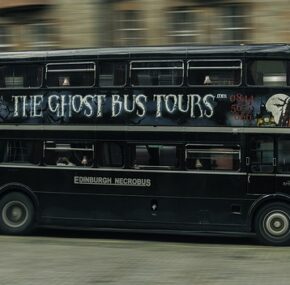