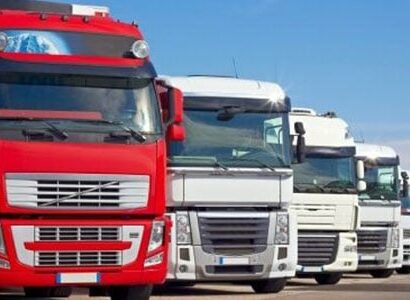 There are a number of legislative changes the US Congress is considering as the year comes to a close. Chicago truck accident attorneys reviewing these proposed changes are concerned they would create dangerous driving conditions for both truck drivers and the drivers of passenger vehicles whom share America’s increasingly congested roadways. Should these changes become law, there is every possibility that the number of truck involved accidents will skyrocket over the coming year.

The 2013 report compiled by the NHTSA showed that nearly 4,000 drivers are killed, and over 85,000 are seriously injured in collisions involving commercial trucks every year. This represents a 17% increase in fatalities, and a 28% increase in injuries since 2009. Even so, Congress is considering legislation that could cause these numbers to rise even higher. Many of these changes would loosen restrictions that were put in place to improve safety conditions throughout the industry.

Among the proposed changes are increasing the maximum weight of fully laden trucks from 80,000 lbs to 91,000 lbs. Such a dramatic increase would require considerably more stopping time for trucks. It could also lead to an increase in brake system failures when truck drivers faced with emergency situations apply pressure that is beyond their mechanical capability to stop the inertia created by the additional weight.

Congress is also considering giving states discretion to lower the minimum wage for interstate truck drivers from 21 to 18. This proposal is arising from a foreseen shortage of drivers within the the industry. Should this proposal be adopted, it would mean less experienced drivers would be driving big rigs; a fact that concern insurance industry professionals who cite statistics showing that drivers of much smaller and safer to operate passenger vehicles under the age of 21 are three times more likely to be involved in an accident.

Of even greater concern are proposals that would increase the amount of time drivers could be required to haul their load down the road. Under current law, drivers are required to take two consecutive evenings off following an 8-day period of driving up to 70 hours. This requirement would be eliminated under the new proposals. Existing regulations overseen by the Federal Motor Carrier Safety Administration allow drivers carrying goods to drive a maximum 11 hours per day following 10 consecutive hours off. The proposed changes would allow trucking companies to increase the maximum driving time up to 82 hours per the same 8-day period.

Combined, these proposed changes could create a situation where younger, exhausted, less experienced drivers would be carrying heavier loads on increasingly crowded highways. It’s a confluence of ill-conceived changes that will result in a sharp increase in the number of fatalities and injuries for both truck drivers and the drivers of passenger vehicles.

In addition to these proposals, Congress is also resisting efforts to raise the minimum insurance requirements for vehicle operators. Presently, semi trucks are required by law to carry $750,000 in liability coverage. However, most insurers won’t issue policies for less than $1 million in liability insurance coverage, Players within the truck driving industry argue that most truck involved accidents result in less than $750,000 in property damage or physical injury, and thus this minimum should be lowered and not raised.

Congress is also considering an extremely hazardous provision that would allow increases in the length of trailers. Currently, drivers may haul up to two 28-foot trailers at a time. The proposed change would increase this to two, 33-foot trailers. Such a move would mean longer trucks driving down roads and taking corners not designed for such long vehicles. Should this proposed change become law, it will make it hazardous for trucks to safely navigate roads once they leave the highway. This will lead to increases in both property damage and increase the risk of injury to other drivers and pedestrians who will find themselves “hidden” within sharply increased blind spots surrounding the vehicles.

Finally, trucking firms are pushing Congress to remove safety ratings from the internet. These are currently available for the public to view and research Should this proposal become law, it will make it more difficult for individuals to research the safety record of the companies they are doing business with. Such a move would put manufacturers, distributors, and even homeowners hiring moving companies at undue risk for loss of cargo. It would effectively increase their liability while removing their ability to choose companies whose track records show whether the companies they hire have a history of accidents.

Chicago truck accident attorneys are currently reviewing these proposed changes which are nestled within appropriations and authorizations bills being considered by both the House and Senate. Should these changes become law, they’ll create a dangerous confluence of established accident factors. These will make it more dangerous to operate big rigs in Illinois, and will increase the annual number of truck involved accidents throughout the country. 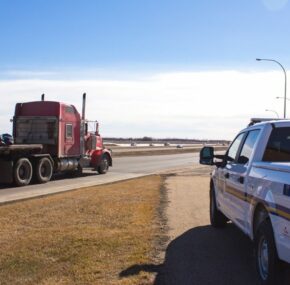 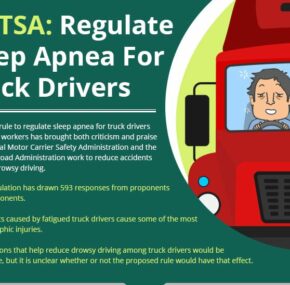