Did a Phantom Vehicle Cause Your Crash? 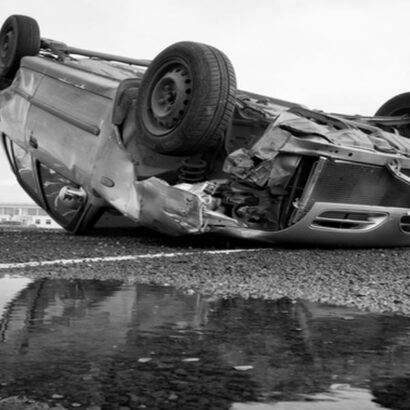 Car accidents are often caused by phantom vehicles that never make contact with another car but cause serious crashes due to reckless driving behaviors.

What Is a Phantom Vehicle Crash?

Phantom vehicle crashes are known as no-contact car accidents. They are caused by “phantom vehicles” or “phantom drivers” who cause a crash without actually touching or hitting another vehicle. Phantom vehicle crashes happen frequently on busy city streets where there is heavy traffic congestion and busy highways where vehicles are traveling at high speeds. When they occur, they often result in serious crashes that cause significant property damages, injuries, and death.

Phantom vehicle crashes are usually caused by drivers who exhibit careless or reckless driving behaviors behind the wheel. Common causes of accidents include:

Uninsured motorist lawyers commonly see phantom drivers who drift into another lane of traffic causing other drivers to swerve to avoid a collision. As a result, innocent drivers often collide with other vehicles or get hit by fast-moving traffic from behind. Since these accidents happen suddenly without warning, they often cause serious injuries, especially when vehicles are traveling at high speeds.

Filing a Claim for Damages

In most cases, the at-fault driver in a car crash is held liable for damages. However, in a phantom vehicle crash, accident victims have no idea who the driver is or even how the accident occurred.

Filing a claim for property damages and injuries becomes much more complicated because it’s difficult to identify the at-fault driver who caused the crash. Identifying a phantom vehicle or driver is likely impossible without identification of the make and model of the car or the car’s license plate number.

Illinois follows a “fault” system when it comes to financial responsibility for vehicle damages and injuries resulting from car crashes, however, uninsured motorist coverage is automatic in the state. In Illinois, every liability car insurance policy sold automatically includes uninsured motorist coverage (UIM) with limits equal to the policy’s injury liability coverage. If a phantom vehicle crash occurs, damages and injuries for the accident victim are covered according to their policy limits.