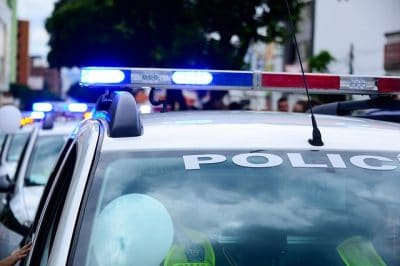 High-speed police chases cause serious injuries and deaths to innocent motorists, pedestrians, and cyclists every year.

A recent Chicago high-speed police chase killed a city police officer and a 27-year-old female civilian. According to a Chicago Sun Times report, an off-duty police officer was involved in a high-speed chase with on-duty police officers in an unmarked squad car who mistook his vehicle for a car involved in a carjacking. As on-duty officers engaged in the pursuit, the off-duty officer fled starting a high-speed chase which reached speeds up to 107 mph through the west side of Chicago in early morning hours. During the pursuit, the off-duty officer’s Jeep Cherokee slammed into a car of a 27-year-old female driver killing him and the woman.

As a result of the woman’s death, the woman’s family filed a federal lawsuit against the City of Chicago, the deceased officer’s estate, and the on-duty officer involved in the pursuit. The lawsuit alleged that the pursuing officer did not have probable cause to engage in a high-speed pursuit. It also alleged that officers were not properly trained in high-speed pursuit tactics and regulations by the Chicago Police Department, resulting in dangerous, reckless driving behaviors that caused great harm or death to innocent people. In October, the woman’s family was awarded a settlement of $49 million.

In many cities around the country, police officers are not permitted by law to engage in a high-speed police chase unless it involves a suspected violent felon, which is rare. In Chicago, one-third of police pursuit-related crashes begin because of minor traffic violations, suspended licenses or registrations, or impaired drivers using alcohol and/or drugs.

In Chicago, police officers are permitted to use their own discretion in pursuing a suspect in a high-speed chase. This often results in split-second decisions and unwarranted actions that put innocent bystanders at risk. Due to current laws, Chicago car accident lawyers see a high number of dangerous, high-speed police pursuits that end in fatal injuries.