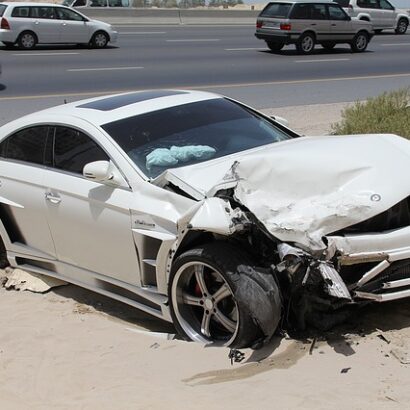 With a significant increase in the popularity of rideshare services across the country, accidents involving Uber and Lyft drivers are steadily rising, now accounting for an estimated 1,100 fatalities each year.

Rideshare Fatalities on the Rise

Over the last decade, rideshare services have become a popular mode of transportation for millions of Americans. In busy cities like Atlanta, Chicago, Houston, Los Angeles, and New York, rideshare services are used every day for commuting to and from work, attending special events, meeting friends for dinner and drinks, shopping, and even running errands. In populated suburban areas, many people prefer the convenience of traveling by Uber or Lyft to avoid stressful driving conditions in heavy traffic congestion.

Although hailing an Uber or Lyft is not for everyone, the number of people using rideshare services is increasing every year. According to a Forbes report, the number of rideshare trips in 2014 was 140 million. In 2016, annual reported trips jumped to 1.8 billion; in 2017, 3.7 billion; in 2018, 5.2 billion; and in 2019, 6.9 billion. With a staggering increase in yearly rideshare trips, car accident lawyers have also seen a big jump in rideshare car accidents involving rideshare drivers, motorists, cyclists, and pedestrians. Many of these accidents resulted in severe injuries, disabilities, and death.

According to the University of Chicago Booth School of Business, research studies indicate that rideshare services like Uber and Lyft have led to a 3 percent increase in Chicago car accident fatalities. This percentage was determined by analyzing preferred methods of transportation, city traffic volume, and overall vehicle accidents. The report also includes statistics from the National Highway Traffic Safety Administration (NHTSA) that show accident rates in other major cities compared to Chicago’s accident rates. Research uncovered some alarming statistics over a six-year period:

Rideshare app usage is also directly linked to a rise in rideshare accidents because rideshare drivers are spending more time on the road responding to passenger pick-up requests. Statistics show that 40 percent to 60 percent of rideshare drivers are either searching for new passenger requests or traveling to pick up a passenger at a requested location. Chicago car accident lawyers often see car crashes caused by Uber or Lyft drivers paying more attention to their apps than traffic on the road.

Uber and Lyft carry $1 million insurance protection to cover rideshare accidents and injuries, but people often ask their car accident lawyer who’s covered under this protection, when this $1 million policy kicks in, and what it covers.

For the $1 million policy to kick in, the Uber or Lyft driver must be logged into the rideshare app and en route to pick up a passenger or transporting a passenger to a destination when the accident happens.

The $1 million insurance protection does not apply if (1) the driver is not logged into the rideshare app; (2) using his/her vehicle for personal reasons; or (3) logged into the app, but not transporting a passenger.

If Uber or Lyft denies an accident claim and does not accept liability, an injury victim can file a personal injury lawsuit with a Chicago car accident lawyer to recover damages for medical expenses, lost wages, and pain and suffering. If negligent actions of the rideshare driver caused injuries or fatalities, punitive damages may also be awarded by the court.

Typically, most rideshare drivers use their personal vehicles for work, so there are strict requirements for Uber and Lyft drivers and a process for filing accident claims. In most states, including Illinois, rideshare drivers are required to purchase commercial car insurance or carry a personal auto liability policy that contains a rideshare endorsement, an add-on that extends a driver’s personal insurance coverage to his/her rideshare activities. 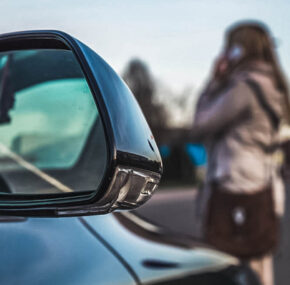