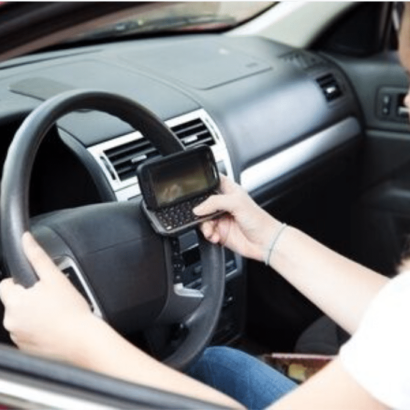 Age and more time behind the wheel creates risky behaviors for older teenage drivers. They are involved in approximately 20 percent more accidents than younger teen drivers with less driving experience.

Older teens perceive themselves to be better, more experienced drivers than younger teens and often take more risks behind the wheel. Studies show that older teen drivers are overconfident in their driving skills, despite having a higher number of car accidents than younger drivers. Older teens are 70 percent more likely to exhibit risky driving behaviors including:

Although it’s natural for teenage drivers to gain skill and confidence with age and driving experience, older teens are more likely to test the boundaries of safe driving practices. Many parents increase personal freedoms and decrease responsibilities with older teens, especially if they are graduating from high school and preparing to head off to college. However, it’s important for parents to emphasize safe driving practices to children of all ages to reduce their risks of car accidents and injuries.

Car accidents can happen to anyone, but teen drivers have a high rate of auto accidents each year. Accident statistics show that teen drivers between the ages of 16 and 19 are three times more likely than drivers over the age of 20 to be in involved in a fatal car accident. In the United States, statistics from the Centers for Disease Control and Prevention (CDC) show that car crashes are the leading cause of death and injuries for teenagers.

In the U.S., the percentage of teenage drivers in speed-related crashes is greater than in any other age group. In drivers between the ages of 16 and 20, 11 percent have been involved in serious speed-related crashes in the last five years. In 2015, more than 2,300 teens between the ages of 16 and 19 died in car accidents, and more than 235,800 were treated in hospital emergency departments for serious injuries suffered in motor vehicle crashes.

Parents can have a big impact on teen driving behaviors and car safety. By discussing driving safety, the risks of car accidents and potential injuries, and setting rules for teen drivers, parents can play a significant role in keeping their teens safe behind the wheel. Parents should following some important safety tips:

Parents should set and discuss expectations for teen drivers. Discussing safe driving procedures, consequences for risky behaviors, and family rules and regulations will reduce the potential for problems. Parents should talk about the risks of driving under the influence of alcohol, drugs, and certain medications that cause impaired cognitive and motor skills. Teens should understand that they could be arrested and face steep fines and possible jail time if charged with a DUI offense.

New monitoring technology allows parents to hold teen drivers accountable for their actions behind the wheel. There are apps that can track and score certain driving behaviors such as car acceleration and speed, hard or sudden braking, and cell phone use. Some states even reward good driving behaviors for teen drivers with discounts on auto insurance.

Rather than constantly punishing teen drivers for bad driving behaviors, parents can encourage good driving by offering rewards. Safe drivers can be rewarded with simple things like a pizza night, movie or video game, a gift card, or a break from a household chore. A reward doesn’t have to cost a lot to be an effective way to promote safe driving.