What Not to Say to the Workers’ Comp Adjuster 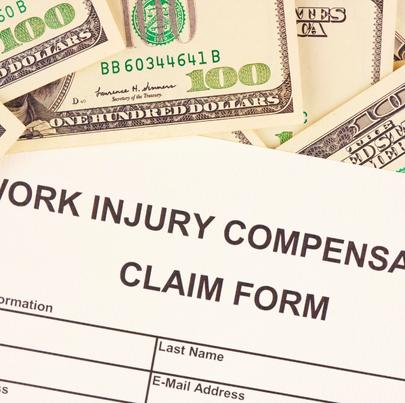 Injured workers filing a workers’ compensation claim should avoid revealing personal financial information, agreeing to be recorded, and signing documents. Instead, they should stick to the basic facts surrounding the accident or injury. Knowing what not to say to a workers’ comp adjuster can ensure fair benefits and settlement payments for workplace injuries and disabilities. Working with a workers’ compensation attorney can help keep claimants from hurting their case during meetings with insurance adjusters.

In most states, including Illinois, employers are required to provide workers’ compensation insurance for all of their employees. This insurance covers work-related accidents and injuries and pays for injury-related medical bills, lost wages, rehabilitation expenses, and temporary or permanent disability payments. Employers who fail to comply with state laws regarding workers’ compensation are subject to hefty fines up to $500 per day that can quickly add up to minimum fines of $10,000 to $15,000 per month.

Illinois workers’ compensation claims and benefits are handled by the Illinois Workers’ Compensation Commission (IWCC). When work-related injuries occur, the injured worker must file a claim directly with his or her employer within a specified time frame, then the employer must file a timely claim with IWCC. Once IWCC approves the claim, the injured worker receives benefits usually through weekly or bi-weekly payments.

Although Illinois workers’ compensation claims do not require proof of fault for work-related accidents and injuries, all claims must be reviewed and investigated by state workers’ comp adjusters to determine how the accident occurred, the severity of the worker’s injuries, and the dollar amount to be paid in benefits.

When a work-related injury occurs, it’s essential for victims to see a physician as soon as possible. Depending on insurance requirements, a worker may be referred to a specific doctor within the insurance network or a specialist who treats certain conditions. In some cases, an injured worker can ask for a panel of physicians to review his or her case. A panel of physicians is more likely to give a better outcome for a claim than a single doctor chosen by the insurance company.

In most cases, workers’ comp claims are approved, but IWCC may deny claims based on the claims administrator’s or claims adjuster’s findings. Common reasons for claim denials include:

If a workers’ compensation claim is denied, the injured worker receives a denial letter from IWCC. The worker has the right to file an appeal to challenge the decision. In most cases, a workers’ comp lawyer files an appeal, investigates the claim, gathers documented medical evidence, schedules an IWCC hearing, or negotiates an IWCC settlement on the worker’s behalf. If the claim is still denied, the worker’s comp lawyer can file an appeal or pursue a personal injury lawsuit to recover damages.

What is a Workers’ Comp Adjuster?

A workers’ compensation claims adjuster evaluates insurance claims. The job of an adjuster is to gather information and facts about an accident and injury to determine whether an insurance company must pay the claim under the Illinois Workers’ Compensation Act. The information and facts gathered by the adjuster will play a significant role in determining what type of workers’ comp benefits should be paid and how much money will be offered to settle the claim.

Talking to a Claims Adjuster

Although injured workers are not required to talk to workers’ comp adjusters, they will likely be contacted by one to review the details of their accident and injury. If contacted, knowing what not to say to a workers’ comp adjuster may be more important than knowing what to say. The information provided can to the adjuster may be used to deny a claim or reduce benefits.

Before deciding to talk to a workers’ comp adjuster or give a recorded statement, it’s best for victims to talk to top injury lawyers in Chicago who know what information should be shared. A lawyer can be present during the conversation and prevent an adjuster from asking unfair questions. Many people say the wrong things or leave out important details during a recorded statement, often leading to denied benefits.

What to Say to a Workers’ Comp Adjuster

Rather than giving too many details about the accident and injury, it’s best for victims to stick to basic facts. Elaborating about details and facts can result in information that can be used to jeopardize the claim.

Even if mistakes are made accidentally, the insurance company sees that as fraudulent information. When recounting how an injury occurred, victims should reveal: (1) The time and date of the injury, (2) Where the injury occurred in the workplace, (3) what type of accident led to the injury, and (4) which parts of the body sustained injuries.

When describing injuries, it’s important to be as inclusive as possible about details. If an injury isn’t fully described or it’s left out of a statement, there’s a good chance the insurance company will not pay for medical treatment for that injury. For example, neck injuries often cause arm pain, shoulder pain, and headaches. When describing a neck injury, it’s important to also describe any pain in other areas that may be related.

What Not to Say to a Workers’ Comp Adjuster

Do Not Agree to be Recorded

Workers’ compensation claims that involve serious or life-threatening injuries such as burns, electrocutions, disfigurement, and amputations, or physical and mental disabilities often get resolved through settlement agreements between lawyers and insurance companies. Before signing any documents with a workers’ comp adjuster, it’s important for a workers’ comp lawyer to review the documents or settlement offers made by the insurance company. Even if the settlement seems generous, it may not be fair or adequate to cover medical bills, lost income, or long-term physical disabilities.

Do Not Answer Questions about Family and Finances

Workers’ comp adjusters often ask questions about an injured worker’s family and finances, but these questions have no bearing on a workers’ compensation claim. These types of questions are asked to find out personal information that may signal income and financial difficulties. The adjuster and insurance company may use this information to create a low settlement offer thinking that it may be quickly accepted.

Do Not Get Too Conversational

Claimants should keep in mind that insurance companies want to settle injury claims as quickly as possible at the lowest possible price to protect company financial assets.

Workers’ comp adjusters are motivated to find loopholes in workers’ compensation claims and pay as little as possible in settlement awards to injury victims. When talking to an adjuster, keep casual conversations to a minimum. Stick to the facts and don’t get sidetracked with chatty conversations that can relay detrimental information to the insurance adjuster.

Workers’ comp lawyers are skilled in various negotiating tactics and know about all the tricks used by insurance companies, like “low-ball offers” that provide unfair settlement awards and “final offers” that are not really final. Working with a lawyer can ensure that a fair settlement is properly written to prevent negative actions with current and future Social Security disability benefits.

If workers’ compensation benefits are denied, and a fair settlement can’t be reached, the next step is an administrative hearing or a court trial before a workers’ comp judge and/or a trial jury. Both of these processes can take weeks, months, even years to resolve, depending on the court docket and the complexity of the accident and injuries.

An administrative hearing and court trial must go through various stages of discovery and pleadings before a final decision can be reached. The “discovery process” includes a thorough investigation of the workers’ comp case, documented proof of injuries through medical records, and witness depositions. The “pleading process” includes written petitions, motions, and written responses to the employer’s insurance company.

While the workers’ comp judge will have the final decision regarding benefits and settlement awards, a workers’ comp lawyer is necessary to prove the case and win benefits for the injured worker. 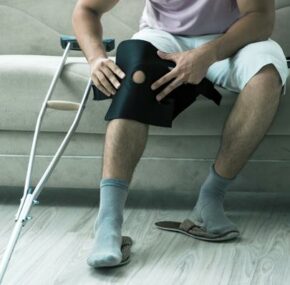 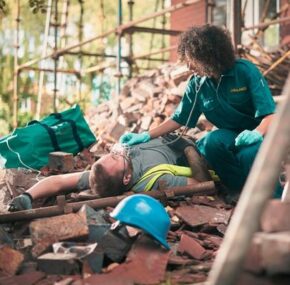