Why nursing home abuse is a growing problem 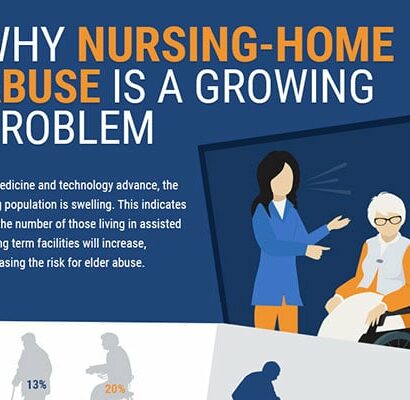 As medicine and technology advance, the aging population is swelling. The 2010 census showed that people aged 65 and older comprised 13% of the population, with that number expected to rise to 20% by 2050. The fastest growing age group are those people aged 86 and older. This means the number of those living in assisted or long term facilities will increase, increasing the risk for elder abuse. A Chicago nursing home abuse attorney can help to better understand elder abuse.

What is elder abuse?

According to the National Center on Elder Abuse, abuse is those actions that either cause harm or create a risk of harm to an elderly person by a person trusted to care for them. Failure to provide the basic needs or protect them from harm is included in this. While gender and age seem to play a role, with females being more at risk along with those who are older, it is uncertain how many elderly people are abused or neglected. While many abusers are family members, there is an equal risk for those living in nursing homes or long-term facilities. In 2008, 3.2 million Americans lived in nursing homes. Research sampling the residents of long-term facilities shows the following:

A Chicago nursing home abuse attorney can help understand the laws in this area.

Types of abuse on the elderly

When possible, a Chicago nursing home abuse attorney can help.

Illinois accounts for more than 100,000 residents living in 1,200 long term facilities. It is the responsibility of the Bureau of Long-Term Care, part of the Illinois Department of Public Health, to make sure the facility is complying with those provisions set forth by the state Nursing Home Care Act. This Department also conducts surveys ensuring those places who receive state and federal money (Medicaid and Medicare) are operating under federal regulations. The Department surveyors conduct approximately 10,000 surveys every year to include things like inspections of licenses, investigating complaints and continuing to inspect a facility. A Chicago nursing home abuse attorney will be educated on both federal and state regulations and can assist in abuse or neglect cases.

Because elder abuse is too often not reported, reporting every time can be a key to preventing it. Illinois has an elderly abuse prevention plan in place, but they cannot help or prevent those cases not reported.
According to the Illinois Department on Aging, there are steps to take when reporting abuse in nursing homes. One important step is to call the local long-term care sub-state Ombudsman or call the Illinois Department of Aging senior helpline to report suspected abuse, neglect or exploitation. To file a complaint against the facility, contact the Illinois Department of Public Health, who will record and investigate the claim. As an individual, hiring a Chicago nursing home attorney can help to understand and make the next step.

Nursing home abuse occurs more than is known. Knowing what to do in these situations and having a Chicago nursing home attorney can help an individual who has been or is being abused. 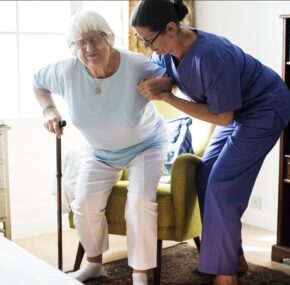